The use of activated carbon to remove harmful impurities like organic contaminants from water has been practiced since Roman times. Activated carbon is a carbonaceous adsorbents with extensively developed internal pore structure.

Activated carbon is extremely porous with a very large surface area, which makes it a powerful adsorbent material. This large surface area relative to the size of the actual carbon particle makes it easy to remove large amounts of impurities in a relatively small enclosed space.

An approximate ratio of surface area is one square meter per gram. The two mechanisms by which the chemicals are adsorbed onto activated carbon are either it ‘dislikes’ water or it attracts into the activated carbon. Activated carbon adsorption proceeds through three basic steps:

Many natural substances are used as base materials to make activated carbon. The most common of these used in water purification are lignite, bituminous and anthracite coal and peat, wood and coconut shell.

Different base materials and the activation process results in unique pore size and pore distribution. The pore size grouping in carbon is commonly described by its pore diameter. Macropores (above 50 nanometers [nm] in diameter); mesopores (two to 50 nm diameter) and micropores (under two nm diameter).

In terms of base materials, coconut shell and wood are renewable resources. Coconut plantations with millions of acres of land continue to provide all the benefits of green trees to our environment in spite of using billions of coconut shells per year for activation. 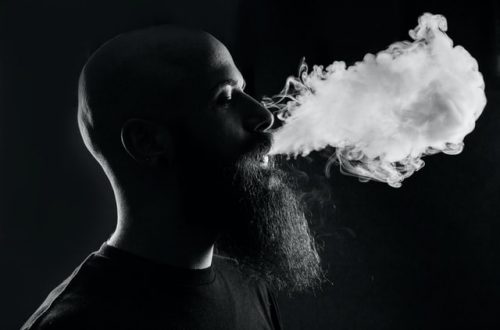 What Chemicals Are in Cigarette Smoke?

The new and innovative way to arrange for Smoking Lounge inside or outside buildings. Relocation is possible. You can make the smoke cabin bigger/smaller and even move it to another location if needed.

Why use a traditional Smoking Lounge with (mostly) poor ventilation and no filtration, and that would also need frequent refurbishing. Forget about cleaning carpets, curtains and to paint the walls/ceiling to cover the yellow stain from tobacco. Be modern and practical - save some money! / save your money!