Carbon is a substance that has a long history of being used to adsorb impurities and is perhaps the most powerful adsorbent known to man. One pound of carbon contains a surface area of roughly 125 acres and can adsorb literally thousands of different chemicals. Activated carbon is carbon that is electro-positively charge, making it even more attractive to chemicals and impurities. As the water passes over the positively charged carbon surface, the negative ions of the contaminants are drawn to the surface of the carbon granules.

Activated carbon filters used for home water treatment typically contain either granular activated carbon (GAC) or powdered block carbon. Although both are effective, carbon block filters generally have a higher contaminant removal ratio. The two most important factors affecting the efficiency of activated carbon filtration are the amount of carbon in the unit and the amount of time the contaminant spends in contact with it. The more carbon the better. Similarly, the lower the flow rate of the water, the more time that the contaminants will be in contact with the carbon, and the more absorption that will take place. Particle size also affects removal rates.

Activated carbon filters are usually rated by the size of the particles they are able to remove, measured in microns, and generally range from 50 microns (least effective) down to 0.5 microns (most effective). 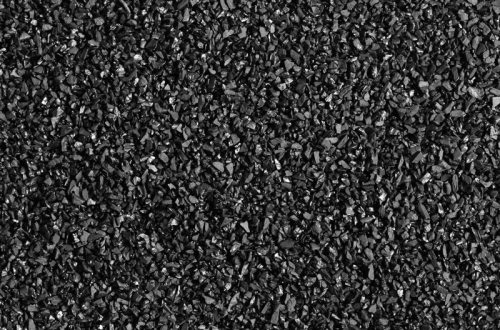